Are You Allowing Your Top Performers to Compensate for Weaker Ones?

Some time ago I was asked to investigate the apparent gross misconduct of a senior manager, John. He had gone from being an incredibly high-performing, conscientious individual to a major problem. During the course of the investigation several people said things like: “it’s completely unlike him. It’s as though a switch had flipped”.

When I met him I realised there was something seriously wrong. He was jabbering away at about twice the speed of normal speech and though he was using English, he made no sense at all. I arranged a medical and my fears were confirmed. He had worked so hard that he’d had a breakdown. 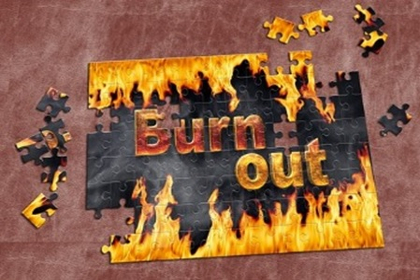 Regrettably, this isn’t an unusual experience for high performers: A study published last year by Dr Howard Awbery found that the mental health of 20% of the top-performing leaders of UK businesses is affected by burnout.

In part corporate burnout may be attributable to the work practices of the employees themselves. In John’s case he had been told several times not to over-do things and to cut back on his workload – but he didn’t.

But it isn’t the full story. Many businesses do things - often unknowingly - that make it more likely that their top performers will become ill.

If you are to manage the welfare of your best people, you should become more aware of how these practices affect your business. As well as reducing over-reliance on the top performers, you can also take steps to support your top people, as follows.

High performers are very motivated by their work as a rule. They don’t often get the option to do the projects they care most about unless it happens to also be the hardest project available, or unless they agree to do it on top of their normal work. Let them choose some of their projects. It will reignite their interest in the role.

Create high-performing pairs. High performers are usually separated from those they most closely relate to and enjoy working with. Surrounding them with low performers increases their workload, saps their morale, and limits their development. Pairing two high performers of a similar level can help distribute this added weight and improve high performers’ experience without leaving some teams with no high performers.

Keep track of additional demands on their time. Demands unrelated to core work may individually feel so insignificant that it’s hard to appreciate their combined effect. In many cases, simply keeping track of all the requests in a single place can equip high performers with the awareness that they should turn down some of the incoming requests.

Research published in 2012 by Ernest O’Boyle Jnr and Herman Aguinas suggests that high performers deliver 400% more productivity than their average colleagues. If you don’t take deliberate action to protect your high performers you’ll lose that value.

On a final note you really shouldn’t accept poor work performance. Importantly, you don’t have to.

For help resolving all your HR queries and problems get in touch!

Copyright © 2018 all rights reserved. You may copy or distribute this blog as long as this copyright notice and full information about contacting the author are attached. The author is Kate Russell of Russell HR Consulting Ltd.