Perhaps the recent hot weather has caused some hot-headed behaviour. During July several clients have had employees storm out, muttering imprecations as they went, only to creep back a day or two later, slightly pink round the ears and start working again.

If an employee sweeps out, making (often bellowing) remarks that “They’ve had enough!” or they’re “out of here!”, do you treat it as a resignation? Much as you may wish to, generally you should not accept “heat of the moment” resignations until you are clear that that is what the employee really wants. In such cases an employee is entitled to retract his or her resignation – but the employee shouldn’t wait too long to do so, as Mr Walker Smith discovered. 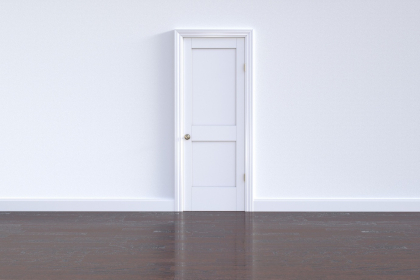 Mr Walker Smith was a manager of a Perry’s car dealership. A series of financial irregularities by the financial controller came to light. The company alleged that Mr Walker-Smith had not exercised enough oversight of the financial affairs of the dealership and had failed to keep senior management informed. He received a notification on 4th June 2016 to attend a disciplinary hearing on 8th June. He immediately resigned, giving three months’ notice. The company went ahead with the disciplinary hearing and he was told on 13th June that he was being dismissed without notice.

Mr Walker Smith appealed the decision and said that in doing so he was withdrawing his resignation on the basis that it had been given in the heat of the moment when he was feeling stressed and upset. The appeal failed and he claimed unfair dismissal.

The tribunal found that the dismissal fell outside the band of reasonable responses. The financial controller responsible for the irregularities did not report to Mr Walker Smith who should not have been held responsible for the problems that had arisen, although he was guilty of culpable conduct in failing to communicate some issues to senior management.

The Tribunal decided that he had been entitled to withdraw his resignation because it had been given in the heat of the moment. As a result, his loss of earnings could be calculated without the assumption that his employment would have ended three months later in any event. Perry’s appealed.

The EAT found that while a resignation given in the heat of the moment could be withdrawn by the employee, it had to be done promptly, and Mr Walker Smith had waited too long.

In this case, by the time he told his employer that he wanted to withdraw his resignation it was already too late because he had just been dismissed and his employment was over. It was true that the employer had said that it did not accept his resignation, but it was clear from the context that what they meant by this was that they would not allow his resignation to get in the way of the disciplinary process.

Mr Walker Smith was awarded full compensation for his losses, but his losses did not extent beyond the three-month period at the end of which his resignation would have taken effect in any event. Walker Smith v Perry’s Motor Sales Ltd [2018]

If you have HR queries and problems, get in touch!

Copyright © 2019 all rights reserved. You may copy or distribute this blog as long as this copyright notice and full information about contacting the author are attached. The author is Kate Russell of Russell HR Consulting Ltd.