With this in mind I was interested in the observation carried out by Dr Michael Mosely and his team. In Trust Me I’m A Doctor, Dr Mosley took 68 volunteers who felt stressed but had not been diagnosed with a mental health problem. They were split into three groups and each group tested one drug-free stress reduction technique for eight weeks (yoga, mindfulness and gardening). The test groups were compared to a control group who did not engage in any stress reducing activities. At the beginning and end of the experiment, the volunteers filled in psychological questionnaires and gave saliva samples to measure their levels of a hormone called cortisol. 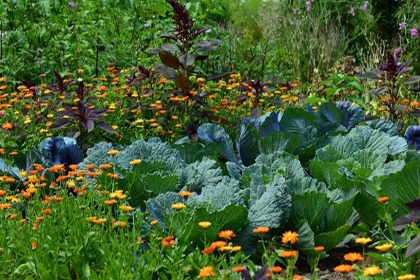 Cortisol is critical to health and survival, but constantly raised levels can cause problems such as fatigue, weakness, depression, anxiety, irritability, loss of emotional control and cognitive difficulties. It activates the brain and gets us prepared for the day. When we wake up we get a huge surge in cortisol, known at the “cortisol awakening response” or CAR. It drops-off during the day. If someone is suffering from stress, there is less of a surge in the morning, leaving the sufferer feeling less able to cope.

The Trust Me team found that mindfulness had the greatest impact on balancing cortisol levels, followed by gardening. Yoga had a relatively modest effect. On average, the volunteers’ CAR increased by 14 per cent, compared to the control group who didn’t do any activity.

What are the most effective ways to reduce stress?

For me one of the most interesting aspects of the observation was the huge increase in benefit when the testers really enjoyed what they were doing. For those people who said they enjoyed their activity, CAR rose by an astonishing 42 per cent. So the moral of the story is if you find something de-stressing you love doing (and you do it) you’ll more than double the usual benefit.

For help resolving all your HR queries and problems get in touch!

Copyright © 2017 all rights reserved. You may copy or distribute this blog as long as this copyright notice and full information about contacting the author are attached. The author is Kate Russell of Russell HR Consulting Ltd.